One of the most ancient religious edifices of the Vendée. 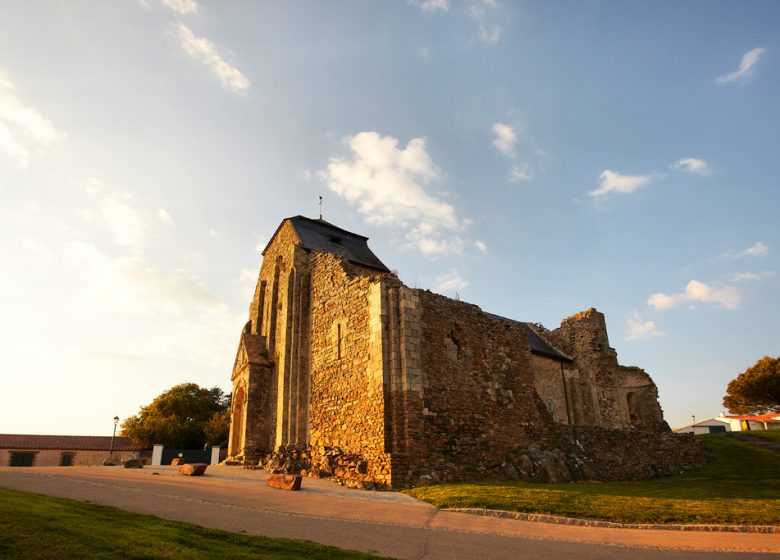 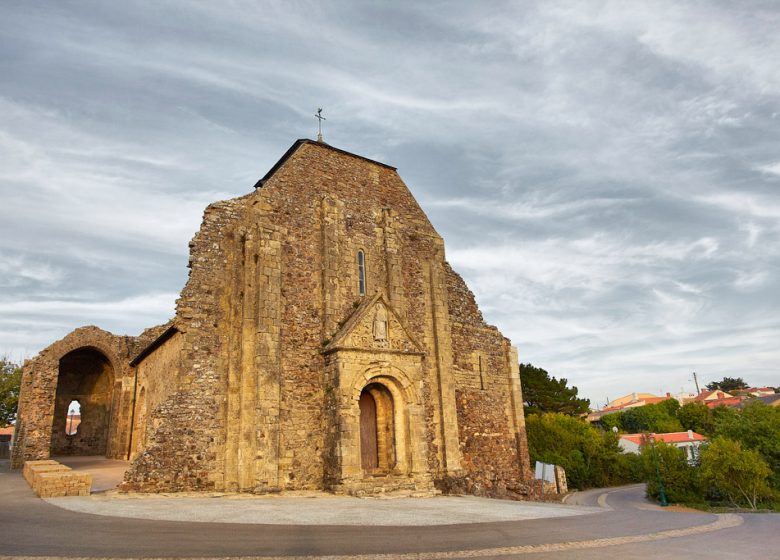 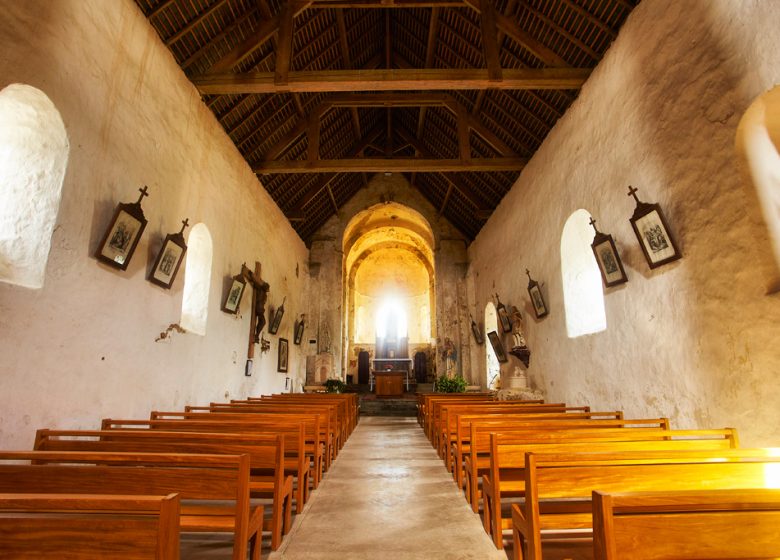 Built between the 10th and 11th century, by the Benedictine monks from the Abbey of Marmoutier, the church of St Nicolas of Brem, classed as an historic monument in 1956 is very certainly one of the most ancient religious edifices of the Vendée.
This stately church had two lateral aisles added towards the end of the 11th century, with the apses framing the original chancel.
The entrance, with its triangular pediment dating from the same era, could be Templar in origin. According to tradition, the statue of Saint Nicolas, patron saint of sailors and fishermen is trampling on a dragon in the middle of the pediment. Around this, the mysterious sculptures in metopes leave onlookers to wonder. Two hypotheses have been given; one of alchemical and the other of Nordic connections. Books available at the Tourist Office
Inside the church, the 12th century frescoes on the vault of the choir represent the holy women at the tomb, as well as the remains of the crucifixion.

On a wall of the nave, a very beautiful wooden sculpture of Christ dates from the 17th century. This sculpture was completely covered in plaster up until the1950s, when it was carefully cleaned during a mission.
A large part of the church was destroyed during the wars of religion (16th & 17th century)
Only the walls of the central nave could be reconstructed and the broken arches filled with the debris from the outside walls.

Panel carried out by the Association Saint Nicolas

The availability of this offer is not known, we recommend to contact the provider directly.

Give us your opinion

Give us your opinion Cancel reply